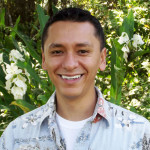 Having grown up in Burbank, CA Elmer had been around a diverse population his entire life. Although, once he graduated from John Burroughs High School he felt that he needed to see the world and joined the Marine Corps.  While serving in the Marine Corps, he had the opportunity to deploy to Iraq in 2004 where he gained a greater world-view.  After serving four years, he returned to the Golden State where he attended California State University, Northridge.  Due to his passion for learning and inner-drive, he managed to not only earn his Bachelor’s degree in Kinesiology,  but to also earn post-baccalaureate course work credits in Gerontology within three years. While in college he was very involved with the University, its students, and the community.  He was elected onto the University Student Union’s Board of Directors where he helped create and establish multiple projects such as the Veterans Resource Center (VRC) and the $62.3 million Student Recreation Center.

In 2010, Elmer returned overseas to work as a civilian contractor in Afghanistan.  While overseas, he gained further skills in management, being in charge of housing for over 20,000 individuals, and leading a team of over 250 supervisors and support personnel.  During that time, he noticed many unjust living conditions and took action to correct them.  Through his advocacy he managed to procure additional housing units as well as dining & recreation facilities for company staff.

At the end of his contract, Elmer decided to move to Hawaii since it had long been his childhood dream to do so.  When he first arrived, he sought out jobs, but was finding that the jobs available were not quite matching up with what he was seeking.  He was looking for something where he could apply his management skills and compassion for individuals experiencing hardship, but couldn’t quite find something that could tie it all together.  That is when he decided to create a company where he could fully utilize his skill-set and provide property/housing assistance to individuals within his new community.  At that point he began to dedicate countless hours educating himself in local Real Estate Development through intensive workshops and individual research so that he could best serve the local community.  He realized this would be a big task for one person to take on effectively, so he brainstormed ideas with Mitra Heffron in 2012, and together they created Malama Solutions, LLC.  When he isn’t working, he loves spending time with his two dogs, Blue and Hoku, taking care of his chickens and fruit trees. 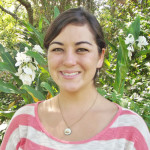 Mitra was born in Thailand but grew up as a nomad, moving from Uganda, to Panama, to Guatemala, and then Honduras prior to settling down in Hawaii-where she has called home since 1999. She attended Hilo Intermediate, and graduated from Hilo High School before moving to the mainland to earn her Bachelor of Arts degree from The Colorado College, majoring in Sociology.  A few months after graduating, Mitra continued to pursue her passion for working with people by joining the Peace Corps from 2008-2010.  During her twenty seven months of service, she promoted integrated agriculture and beekeeping, helped create a women’s group which raised funds for family emergencies, and taught English at two of the local elementary and high schools-commuting either by bicycle or on foot about 95% of the time.

Upon completion of her Peace Corps service, she returned to Hawaii and worked with at-risk youth and young adults through Pacific Quest for two years working her way up to being a lead field instructor and training new staff.  Although working at Pacific Quest was very rewarding, she felt a calling to re-immerse herself in the local community, since the majority of the clients served at Pacific Quest were either from the mainland or overseas.  At that point she went on to complete her training as a Certified Nursing Assistant and has had the opportunity to work directly with individuals throughout the Hilo and Puna regions.  All these experiences have furthered and strengthened her commitment to working to help build strong, healthy communities and continue driving her to pursue her Masters in Community Development.  She met co-founder of Malama Solutions, Elmer Solis, in 2012 and together they realized their shared vision to create a company that would help address the housing concerns of the Big Island community.  She now spends most of her time meeting and talking story with various community members/leaders to further the mission of Malama Solutions, LLC and takes some time out to garden, cook slow meals, and to explore the beautiful outdoors of Hawaii.